Typically I write a Christmas newsletter. This year, I just didn't get to it. Well I did, but Daina wasn't a fan of my idea. I was going to do a Christmas letter this year in chart format. Daina wasn't buying what I was selling. Here was one of the charts. Maybe if I get enough positive response I can sell Daina the idea next December. 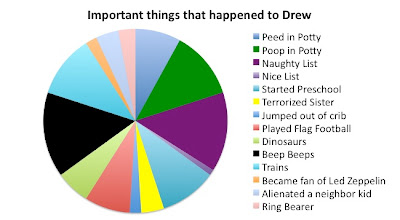 I haven't been blogging here as much as I have in the past. But I have a good excuse. I've been working on my company's blog - AdMavericks.

I encourage you to check it out, and if you leave a comment, don't do so as Josh's mom!

Florence Drive will have more regular posts when the baby arrives. Pictures, anecdotes and the like.

A Mover and a Shaker

This baby is up all night, squirming inside of Daina. The baby moves so much more than the other kids did, and all three of the kids love watching her move around. Little punches and kicks, Daina's tummy looks like something out of an alien movie. Its definitely the highlight of the evening for the kids, sitting around watching the baby kick. Good times.

Daina has never looked better pregnant than she does now. The only place she looks pregnant is in her belly. The doctor says the baby is laying sideways. Regardless, this kid is treating Daina's stomach like a punching bag. If this kid is up all night we are going to have some pretty long days at the Fleming house!
Posted by Josh at 6:12 PM 2 comments:

What Bella Learns At School 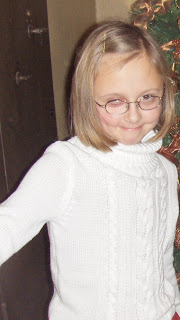 I try to make it a habit of asking each kid about their day, how it went, what they learned, that sort of thing.

On Monday night I was talking to Bella about her day. She typically has the least amount of information for me. The usual is, I don't know, I did reading, and math and stuff. But Monday night was different.

"Yeah, Marty Looger Kong. We talked about him today, it is Marty Looker Kong's day today."

"And what did you learn?"

"That white people have had it easier than black people. We talked about different water fountains and bathrooms for black people, and the story about the lady on the bus."

"Well, that's great, Bella, what do you think about that?"

"It doesn't matter where you sit on the bus, I would have just been happy to be on a bus. I wanted to ride the bus to school but mom wants to take me in the morning."

"No, Bella, what do you think about all the stories you heard about Martin Luther King?"

A BIG ROUND OF APPLAUSE FOR THE PUBLIC SCHOOL SYSTEM!
Posted by Josh at 4:34 PM 2 comments:

Drew is now 3 1/2 and is starting to have opinions and thoughts on just about everything. Here are some Drewisms.

Anyone: Drew, you look very handsome.
Drew: I know

Anyone: Drew, you know I love you?
Drew: Yes, you told me.

Anyone: Drew, its time to get ready for night night
Drew: No its not!

Drew is a big fan of the Mickey Mouse Club House show on the Disney Channel. The show always ends with the characters dancing around to a song that the kids have called "Hot Dog" - the lyrics go something like, "Hot dog, hot dog, hot diggity dog" and Drew dances with the characters. If you don't dance with Drew during this part of the show he takes it personally. Drew's dance looks a lot like Mickey's version where I tend to have a preference to Goofy's style. Go figure. 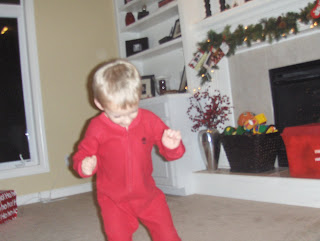 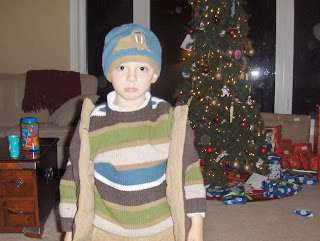 Here is Drew bowling with paper towels. If you eat at our house, bringing your own napkins is advised. 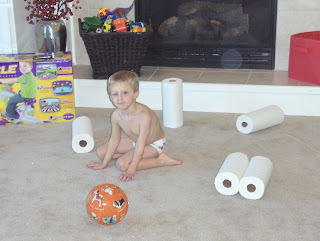 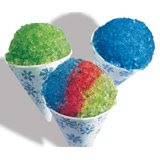 With all the snow in Des Moines, Daina grabbed a bucket off it (the non yellow kind) and added some Kool Aid mix for some home made snow cones. The kids decided they wanted to save some snow and put in the freezer so they can have snow cones in the summer as well. The idea reminded me a lot of the Bill Cosby bit on Junior Barnes. This is work the six minutes!
Posted by Josh at 9:40 AM 1 comment: 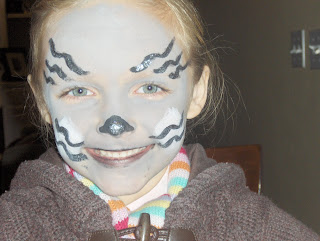 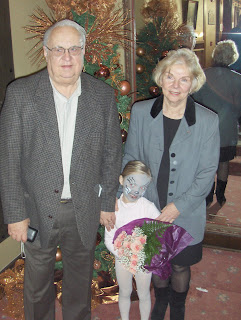 Caroline after the show with Tor and Vida. Tor looks like he just saw something amusing. 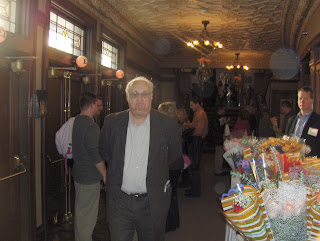 Tor is observing the situation. No one is arguing with him either. 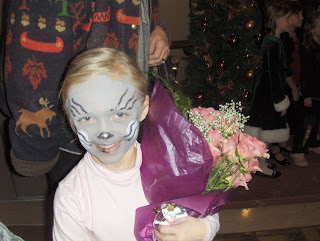 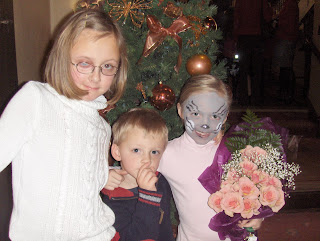 The Fleming trio. Drew was seconds away from nose gold.
Posted by Josh at 5:29 PM 2 comments:

Since the last post, we have have Xmas, New Years. two preschool shows and a first grade show that was more politically correct than an a Human Resources convention. You'll have to pardon the randomness of this post....

We also had a fabulous performance by Caroline as the baby mouse in the Nutcracker. THey were all dressed the same and it was hard to see which one was Caroline. I asked Daina to point her out to me, and Daina said, "She's the shortest one that is jumping the highest" - Solid effort and a great time. We had Daina's parents and Daina's sister's family in town for the big day. We also celebrated an earaly Christmas that weekend.

Throughout this time I still can't find the blasted photo card upload device. So we have 350+ really good photos on our digital camera that I'll post at some point. I should probably just break down and go to Best Buy.

Caroline's friend at preschool that was referenced in an earlier post, we'll yeah, he's back. After Christmas break, Caroline found a picture of him in her cubby. Good looking kid, and I may scan the photo, black out the eyes and show you. But come on brother, a picture? There was no note, and nothing was said. And Caroline just smiled when I asked her about it. She carries it in her purse.

Daina is nesting like its a competition. I have to keep reminding her that Martha Stewart isn't on her way over. I have painted the foyer, the stairwell (had to rent a special ladder) and the hallway. I have purchased bunk beds, and installed a closet organizer. We've decided to put the girls in the same room in the bunk beds. They are thrilled. I have to paint this room because the girls don't want it to be purple anymore. Primer anyone?

Drew will be in Caroline's bed, which of course I have to paint blue because a boy's bed can't be white. That's Daina talking, God love her. And yeah, have to paint this room as well.

Marshmallow Icecream (Quatro) is due in March and will at some point live in Drew's current room. Probably six months in our room and then to the nursery.

Poor Daina. She is quite the trooper. Still working, and keeps on telling me she's not going to make it to March 10. Her belly looks like she's nine months already. She's so beautiful when she's pregnant, and I am going to miss it.

My new job is great. Keeping me busy. We are putting together a new Web site as well as a company blog. The Web site should be up by end of February, the blog in the next week or so.

Hopefully I will get pictures posted soon. Sorry for the delay. As John Lennon says, "Life is what happens to you when you're busy making other plans"
Posted by Josh at 4:37 PM 3 comments: