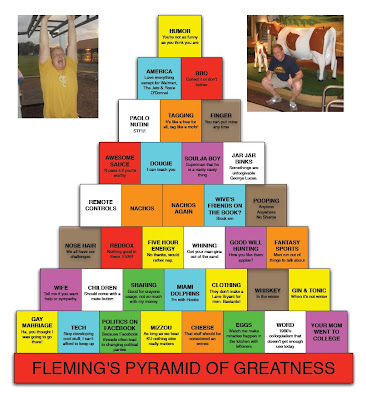 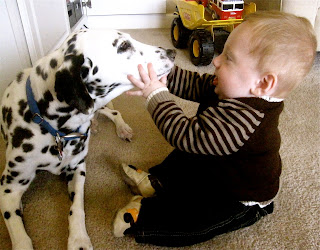 In 1995, my girlfriend and I drove to a farm in central Missouri. When we arrived, the breeder opened the gates, as Dalmation puppies ran about. "Pick one" the breeder said. "Happy anniversary" my girlfriend said.

She was smaller. The runt of the litter. And her eyes were different. One brown, one blue. The breeder said she had perfect vision but that we couldn't show her because of her two eyes. My girlfriend and I thought she was even cooler because of it. We named her "Stella Blue" after a Grateful Dead song and for those crazy cool eyes.

Stella Blue was a fixture around the fraternity house. She went with me everywhere and made friends with everyone she met. She had more dog friends than most people have people friends.

In 1996, I moved to Flagstaff. Stella was there as I pulled all of my possessions behind me in a U-Haul trailer. She hiked with me all over Northern Arizona, saw the Grand Canyon, Lake Powell, Monument Valley and saved my life from a rattle snake in Sedona.

In, 1997 when I moved back to Missouri, she was there as I drove non-stop for 28 hours. I remember her looking at me like I was crazy as we climbed the mountains of Vail, Colorado.

I married that girlfriend in 1998 and Stella would have been in the wedding if the church would have allowed it.

She made the move to Des Moines in 1999, saw us welcome four children into the world and she was great to all of them. They tugged her ears, grabbed and tail and treated her like a stuffed animal. She never complained.

Yesterday, at around 1:30 p.m., Stella played in the living room with our two boys. She sat on the floor taking the tugs and pulls like she always did. Then, she quietly left the room, laid down on her bed and fell asleep. She never woke up. She got everything out life, even on her last day.

Many of you will remember her running 40 yard sprints and jumping six feet in the air to catch a frisbee. She'd chase a tennis ball until your arm fell off. She felt at home on a float trips, riding down Missouri rivers in a canoe. She went to music festivals and spent time in local watering holes. For me, she was the best sidekick a guy could ask for. To my wife, she was our oldest child. She was a family member - with fur. (Thanks Laura)

My buddy once jokingly offered me a million dollars for Stella Blue. I turned him down. "Seriously," he asked. "If I gave you a million dollars would you give her to me?" Call me crazy, I still said no....and I still would.

I had the opportunity to spend some time with Caroline the other day. Just the two of us. We went to Hardees and having already had dinner, she got a cookie. She was really quiet. I tried multiple times to strike up conversations, hoping she would engagae in conversation. I got nothing. Normally she is so loud, active, jovial, so I asked, "Caroline, is something wrong? What aren't you saying anything?"

We had a great time in the Dominican Republic. Here is a link to a Web site with photos. Password: beach
Enjoy!

http://flemingsinpuntacana.shutterfly.com/
Posted by Josh at 8:57 AM 4 comments: 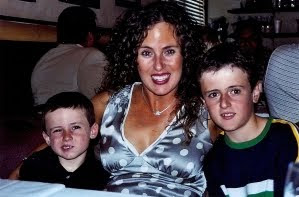 Its rare that my work blog crosses over to the personal blog but this story is too good not to share. I feel lucky that I was asked to help and that this has been such a great success. So if you wouldn't mind, check out this post on AdMavericks.
Posted by Josh at 2:07 PM 6 comments: 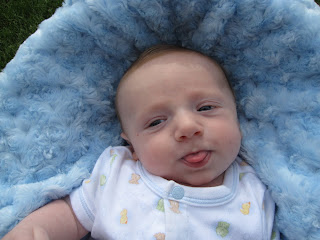 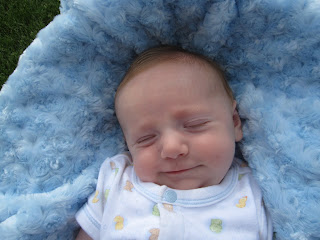 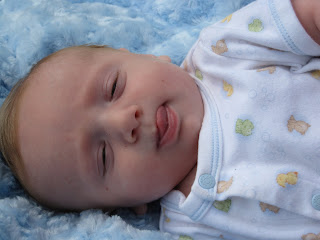 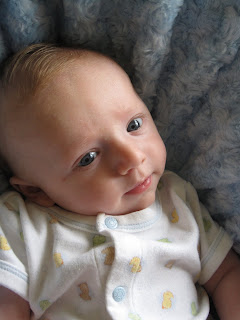 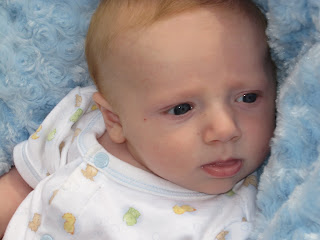 May/June? at the Zoo

We bought a Zoo pass this year and have been about 5 times. Bella has learned a new trick...Ahem... 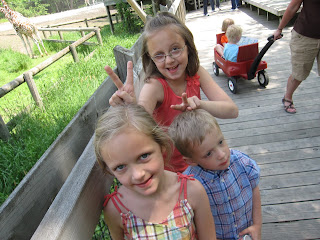 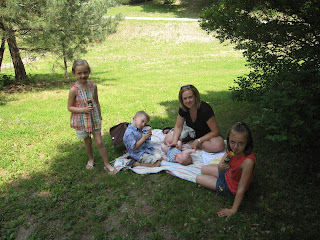 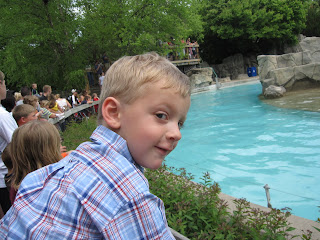 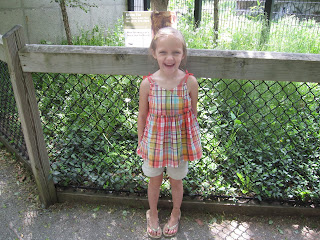 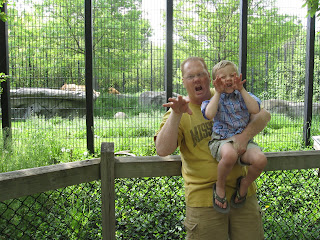