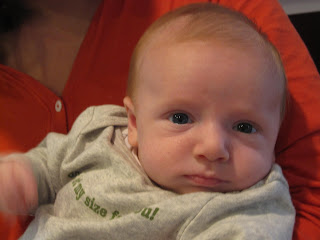 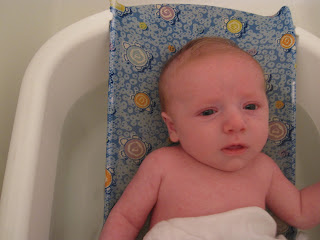 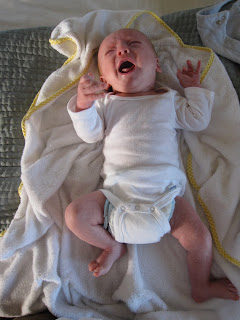 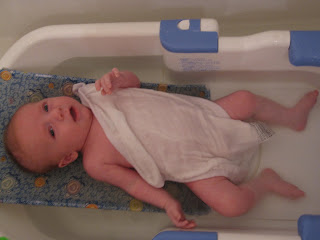 I looked at some of the tags on this blog site and Drew was clearly lacking attention. So, here's some long overdue Drew love.

When I was a little kid, my Dad played Harry Chapin songs pretty much daily. If my father had theme music it would be something by Harry Chapin. In my opinion, Chapin is probably the most underrated singer songwriter of his generation. Few singer-songwriters have the ability to write songs that take on new meanings as you get older.

Dancing Boy, was a song that my father played when I was about Drew's age. At the time I remember thinking it was an excuse to get me to dance, which I often did. Well, I'm a father now and I have my own Dancing Boy. Drew will be four in June and he continues to amaze me everyday. His humor, his antics, his unabashed approach to life, and well, his dancing. Drew's got a thing for Kid Rock, Ray Lamontagne and the Mickey Mouse Clubhouse "Hot Dog" song. Quite an eclectic taste and he's probably game for some Harry Chapin - sooner rather than later.

So I started thinking about this song and of course there are no live version of Chapin singing Dancing Boy so I had to make my own video. I'll be honest in saying that looking back at these pictures stirred some great memories inside of me. And if you know Drew, it should stir similar emotions in you as well.

As you watch the video, I encourage you to read the lyrics. I was going to bold the lyrics that make me pause and reflect on this little man I have the prevelidge to call son, but it seems like every word of the song was written for a father and son. My dad's a whole lot smarter than I ever gave him credit for as a kid.

And now that Harrison is here, all of six weeks, I get to have two dancing boys. A good way to go through life, don't you think?

When your daddy plays guitar,
You dance without a smile.
Kid you may not have great rhythm,
But you sure got style.
Just four years old and still it seems,
You've got it figured out.
When daddy sings, and then you dance,
The people clap and shout.

Cuz, you're my dancing boy,
And it's so scary how you trust me.
Just one look from you,
And I come pouring out like wine.
Dancing boy, I'm sure by now that you must see,
You're dancing means much more to me,
Than any dream of mine.

Yes, I'm so proud when you are with me,
That my heart digs in my throat.
And when you stop to strut your stuff,
My eyes go all afloat.
And when I have to leave you home
As sometimes it must be.
I feel that with my leaving
I leave far too much of me.

You know the time will come my dancing boy
When you're dancing days are done,
And when daddy and his dancing boy
Will have dwindled down to one.

You know the world will've taught you other steps
To match the march of time,
So you'll have to keep our dancing days
Dancing in your mind.

Yes, do your dancing, boy,
Cuz it's so scary how you trust me.
Just one look from you,
And I come pouring out like wine.
Do your dancing, boy.
I'm sure by now that you must see
You're dancing means much more to me,
Than any dream of mine

My new favorite picture of Drew 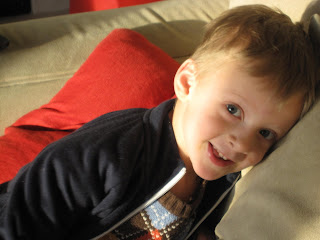 As many of you know, on April 8, 1989, I was in a serious boating accident that changed my life forever. At the time of the event, I could not have imagined anything as horrific occurring in my life. I almost died, I almost lost my leg, I'd never be good at baseball again.

I could not have made it through without the great support of my family and friends. Many of those friends have reconnected with me on Facebook, and for many of them, their first question is, "How's the leg?" which always makes me smile.

I was overwhelmed with visitors to the hospital, sometimes up to 10-15 at a time, watching movies with me, bringing in Chinese food from Cantons (my favorite), care packages sent from far away or people just sitting with me talking for hours to create some sort of normalcy.

Sometimes it takes something horrible to learn how loved your are.

Since so much time has passed, I actually go days, even weeks at a time without thinking about the accident. Its become a part of who I am, what I have gone through and after the initial shock wore off, I just learned to deal with it. As one friend said recently, "I am glad you have found peace with it." She couldn't be more right.

As I told my children this morning about the anniversary, they seemed surprised when I said that if I had to do it all over again, I would have still gone water skiing that day, that I would have still been in that accident, and gone through all the pain and physical therapy it took just to walk again. You may be surprised to hear that as well.

The events of that day and the years to follow changed my aspirations from baseball and sports, to band and creative writing. It led me to the University of Missouri, a place I would have never considered going before. I would have never met my wife, never had four great kids and never felt a such a strong connection to so many of you that are reading this now.

And for that I thank all of you and ask that your memories of that day, of the accident be positive. I know that it has been for me.
Posted by Josh at 8:47 AM 3 comments: